This spectacular church has been redesigned according to every skateboarder’s (and graffiti artist’s) dream. The fantastic colors and geometric shapes accompanied by the curved historical architecture of a Spanish Chapel creates a marvelous work of art. When a skateboarder and a professional artist collaborated, an amazing lovechild named the “Church of Skate” was born. 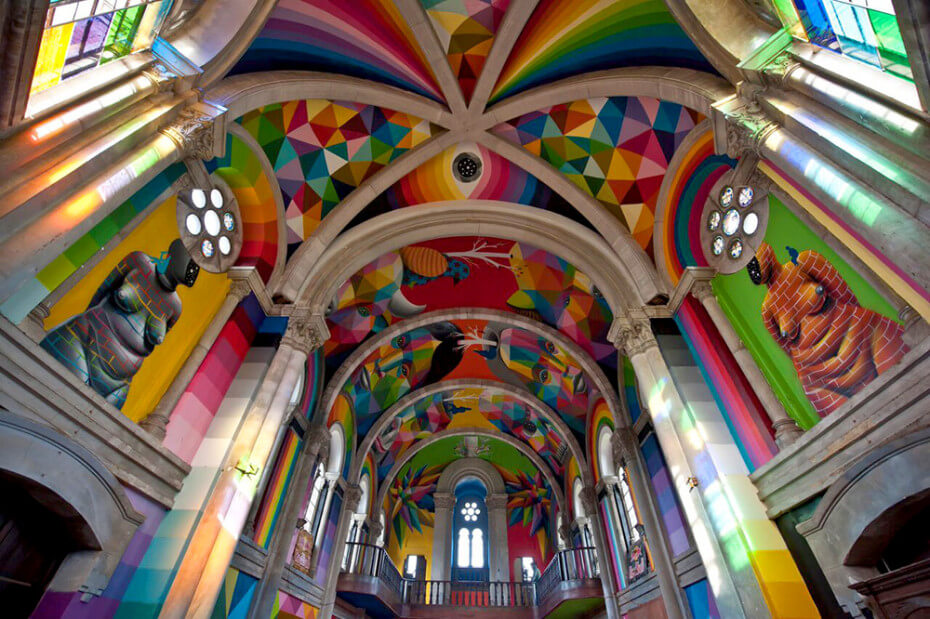 The church of Santa Barbara in Llanera, Asturias was originally built in 1912. Shortly after the Spanish Civil War in 1939, the church became abandoned. After years of neglect, the church was inhabitable. The wood began to rot and the walls began to crumble, erasing the beautiful architecture with it. It looks pretty sad here, in the state it was found. The tall ceilings and dusty pews were forgotten. 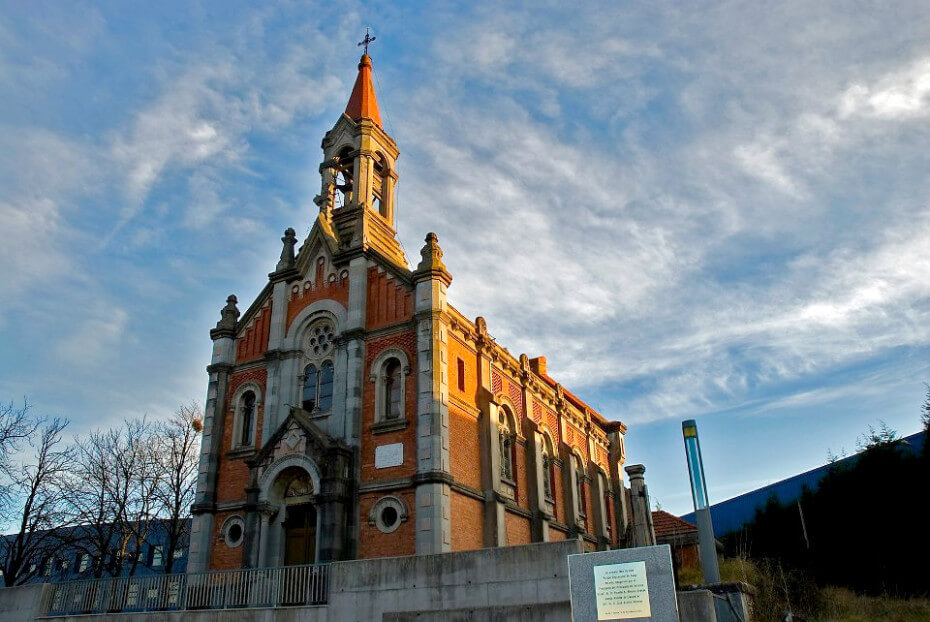 A group of local skateboard enthusiasts was frustrated with the lack of skateboarding parks in the small town of Llanera. Not to mention, the town rains over 200 days a year, making it difficult to skateboard outside. The leader of the pack, Fernández Rey, decided to take the abandoned church and renovate it into a skate park. Rey recalls in an interview with The Guardian that “the walls were stained, paint was peeling and there was dust everywhere.” The group of young entrepreneurs named themselves the “Church Brigade.”

The Church Brigade hoped to honor the history and architecture of the church by restoring the building into something that would be celebrated and used daily. They took their idea to Okuda San Miguel, a professional graffiti artist from Madrid, to complete the masterpiece that is now known as The Skate Church, or la Inglesia Skate. Okuda specializes in kaleidoscope, colorful masterpieces. His colorful, geometric shapes are well known in Madrid.  San Miguel’s unique, graffiti work is scattered across the city and is easily recognized. 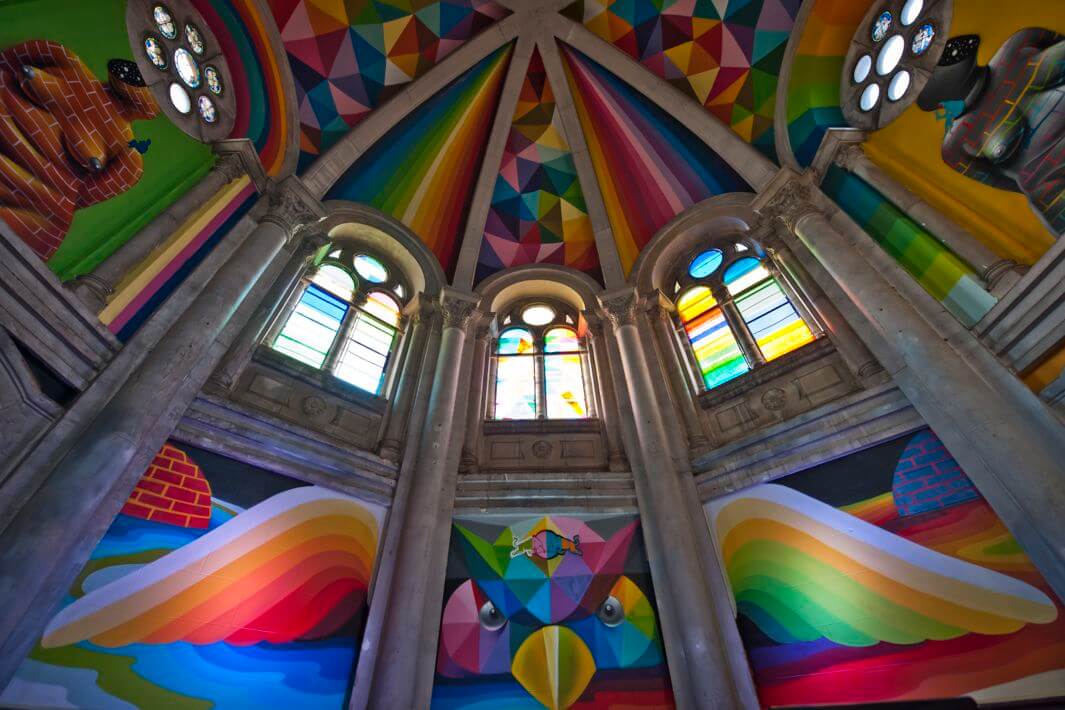 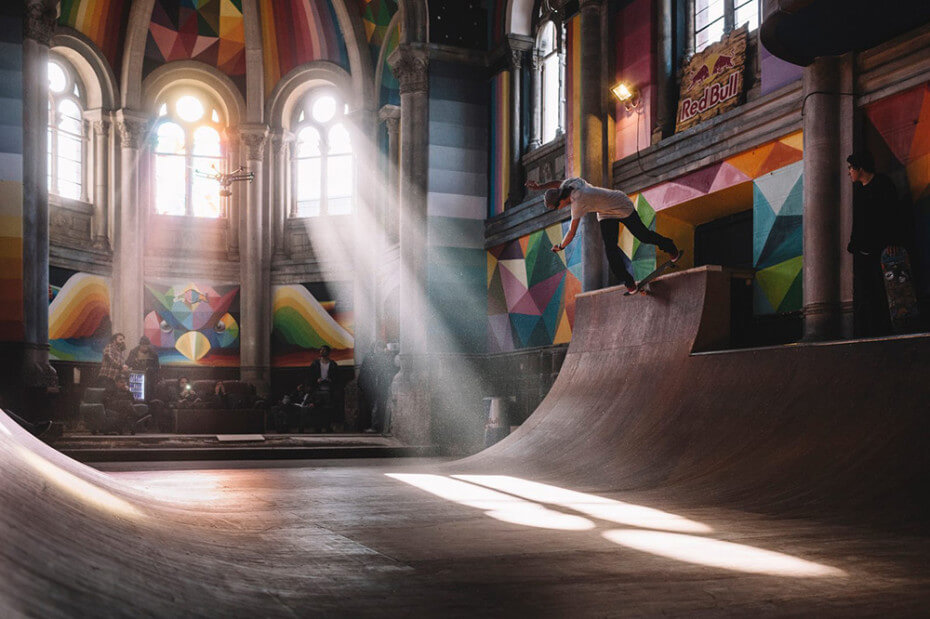 Once San Miguel was commissioned for the proposal, he began looking for ways to raise money to complete his dream project, what he began calling his own “Sistine Chapel.” He turned to crowdfunding on Verkami, where Red Bull began sponsoring the campaign. The project is the most important of his career. He wanted to highlight the church’s architecture while incorporating his own style known as “pop surrealism.” You can check out his full video interview, where he goes into detail about his work and the process for designing the Skate Church. 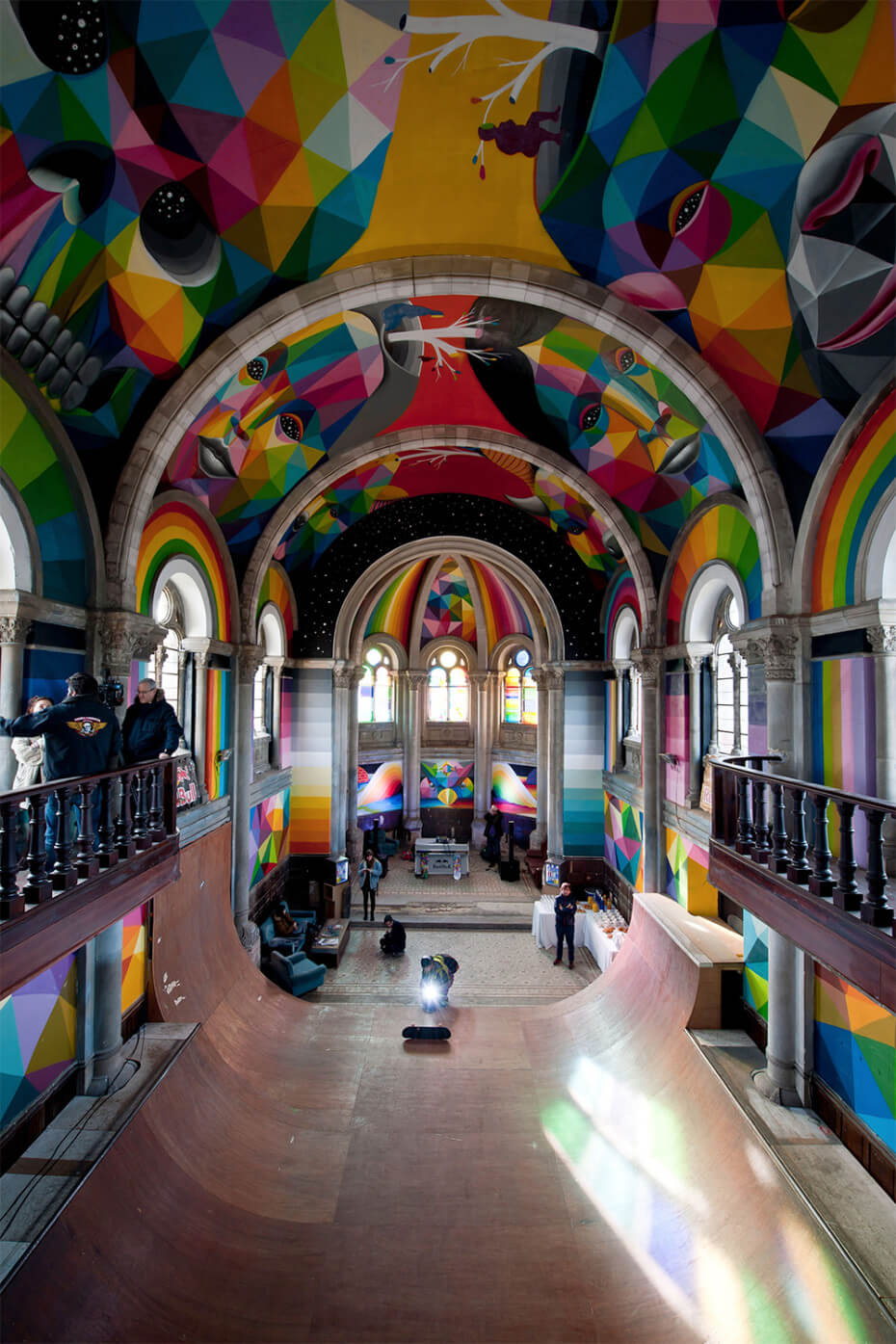 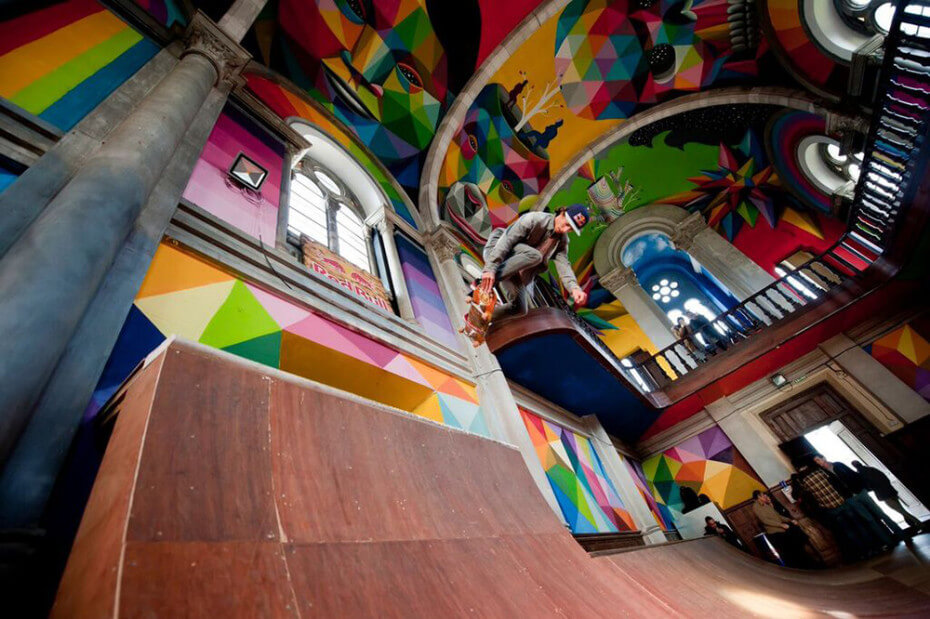 The church is officially transformed. The project was finished in December of 2015, where it only took a month for the project to be complete. The Skate Church celebrates the original Romanesque architecture while challenging a culture’s idea of what art can be. The rainbow masterpiece of animal and human faces are beautifully accompanied by half pipes and ramps. The arched windows and curved half pipes are illuminated by San Miguel’s colorful geometric design. Skate Church beautifully merges history and contemporary art in an innovative way that encourages both young and old alike to marvel at its curves. 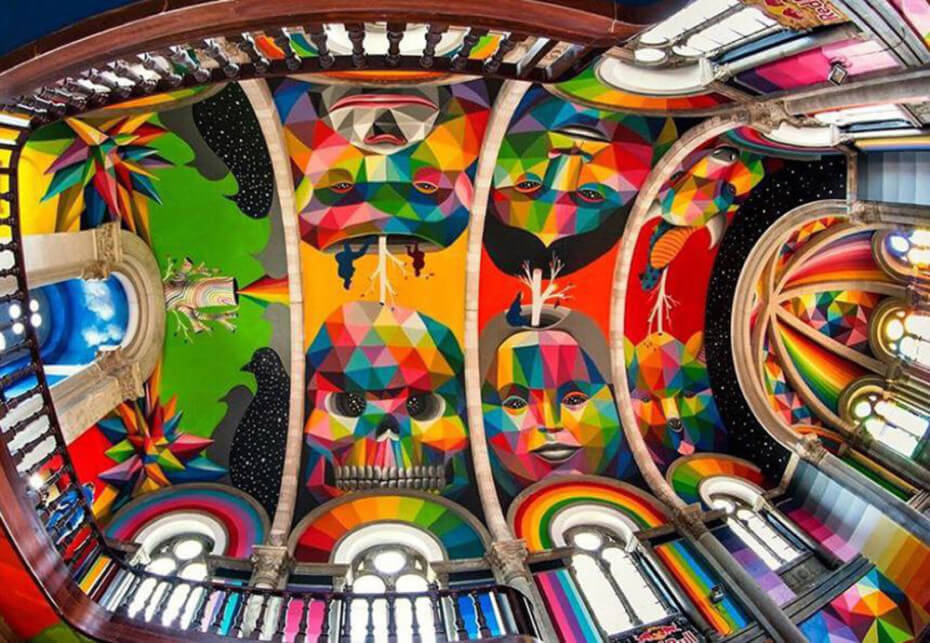