In a recent case study, Tobias Trübenbacher discovered that over half the animal is thrown isn’t used after it’s processed. This study led to the industrial design student into creating unusual furniture made from cow intestines and pig bladders. 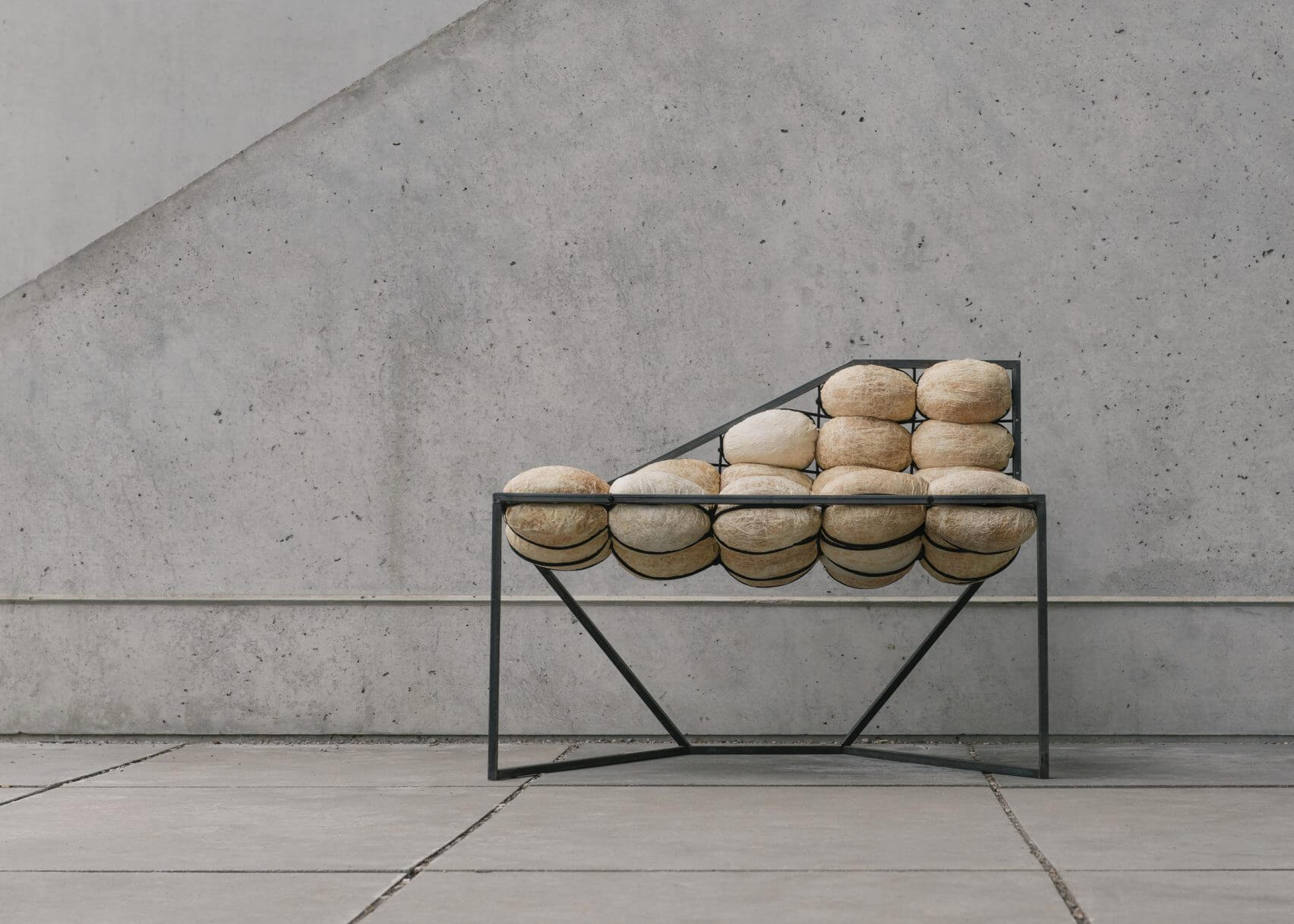 Gross, I know, but the message is powerful. After learning that most of the animal is thrown out, Tobias aimed to use the parts that would otherwise be waste and create something practical. The goal was to bring light to the massive amounts of waste this process is producing and to put a stop to it.

“Inner Values arose out of the fact that the prices for animal products are increasingly declining due to livestock farming and highly industrial slaughter methods,” said Trübenbacher. 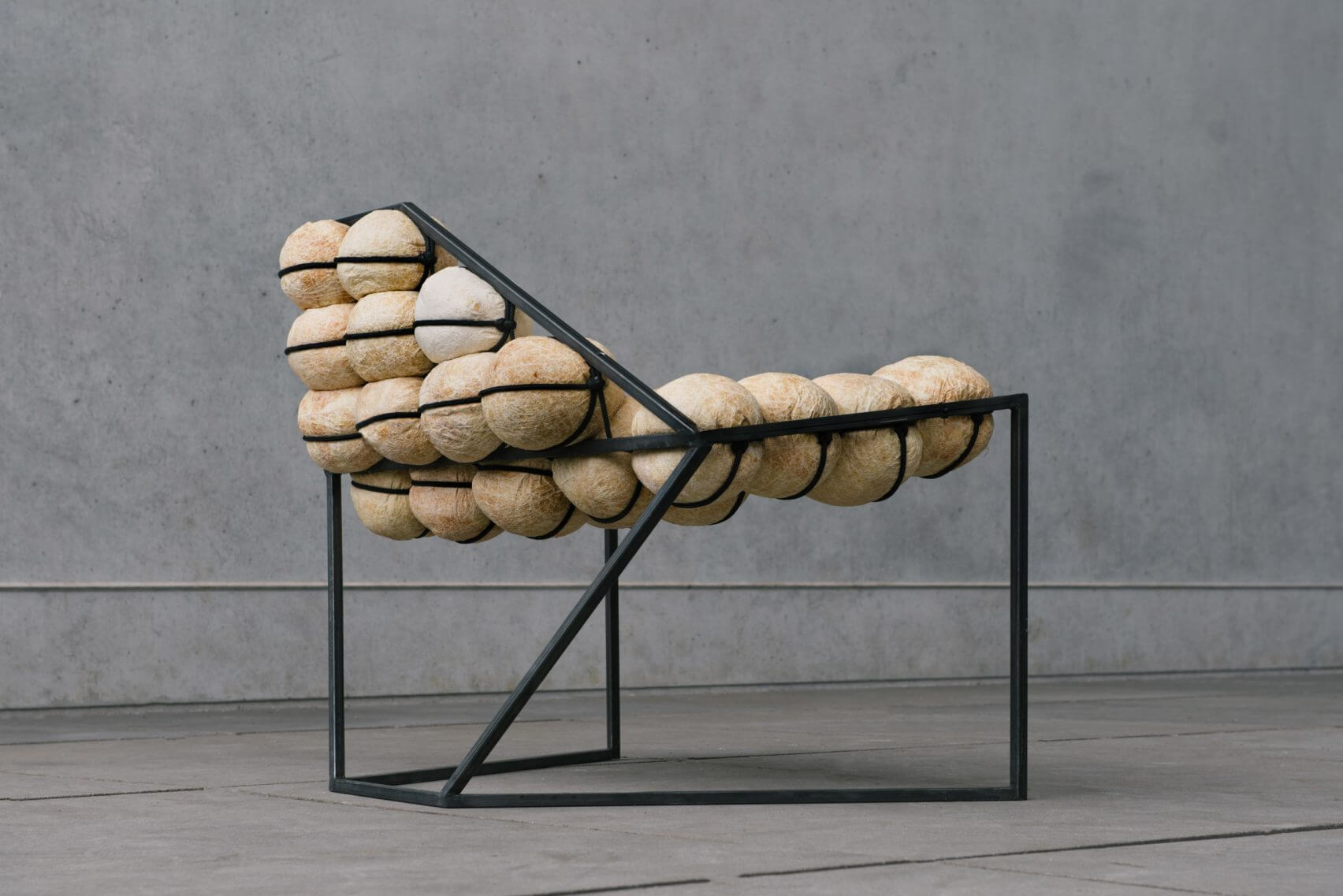 “While just some decades ago farm animals where highly valued and mostly all of their resources were further processed, today only the tastiest and easiest-to-prepare parts are actually used,” he continues.

“In present times less than half of an animal is really further processed in Germany. All the rest goes to ‘animal rendering plants’ and thus more or less directly to the garbage can,” he adds.

Tobias chose these specific materials to overcome the typical disgust that comes with the words “animal by-product.” Both chairs feature material that would otherwise be considered waste so that consumers can better appreciate “waste” materials. 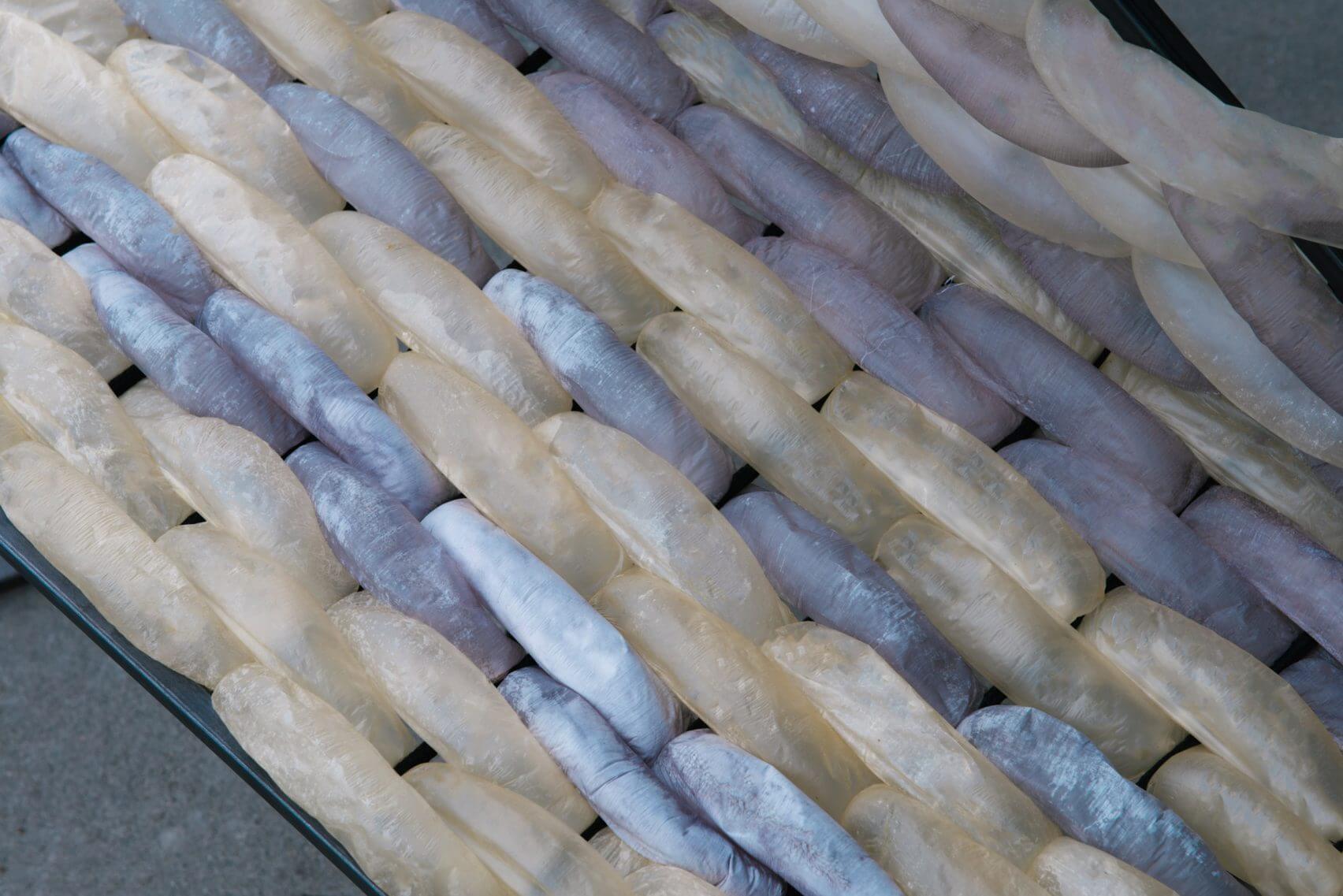 “Offals are more and more considered as repellent and inferior in our society. Basically, animals are degraded to cheap filet-resources – being killed for nothing more than some cutlets and schnitzels,” he says.

The project began by experimenting with different materials to better understand each of their characteristics. The materials were thoroughly cleaned with a vinegar solution, dried, and stretched to meet the needs of the unusual furniture. After all was said and done, the materials were covered with a resin to further dry and harden them. 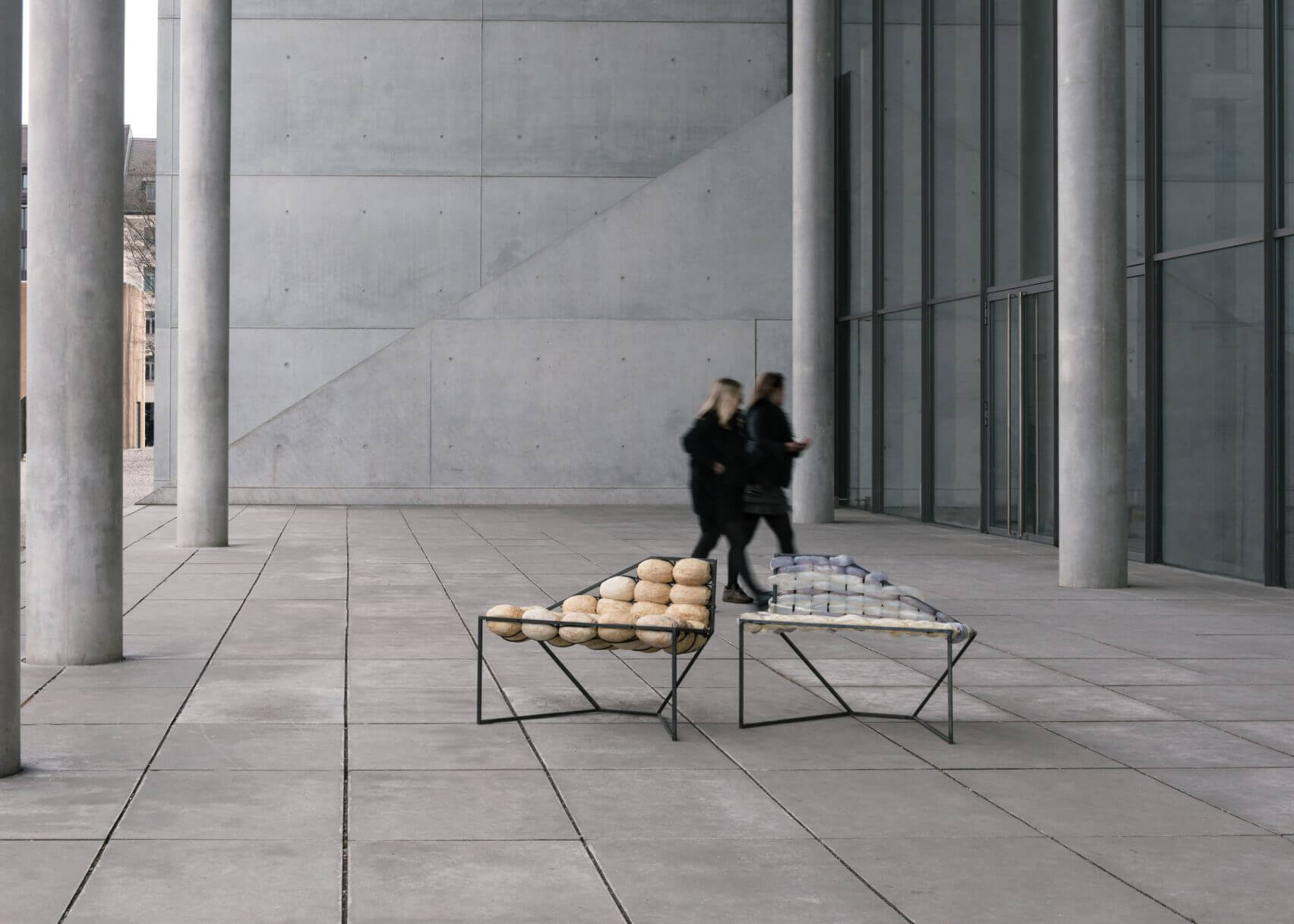 The entire process took several weeks. Each of the bladders and intestines had to be tanned for weeks. Once they were ready, Tobias then massaged a combination of train oil, vaseline, curd soap, and tallow into the still wet material. This would help “regress” the surface to make it more appealing.

Once the message was over, the bladders and intestines were kneaded, stretched, and tumbled for hours. Once this process is done, the once dark, hard, and wrinkly materials turned bright, soft, and smooth. According to Tobias, this made both seats water resistant and durable. 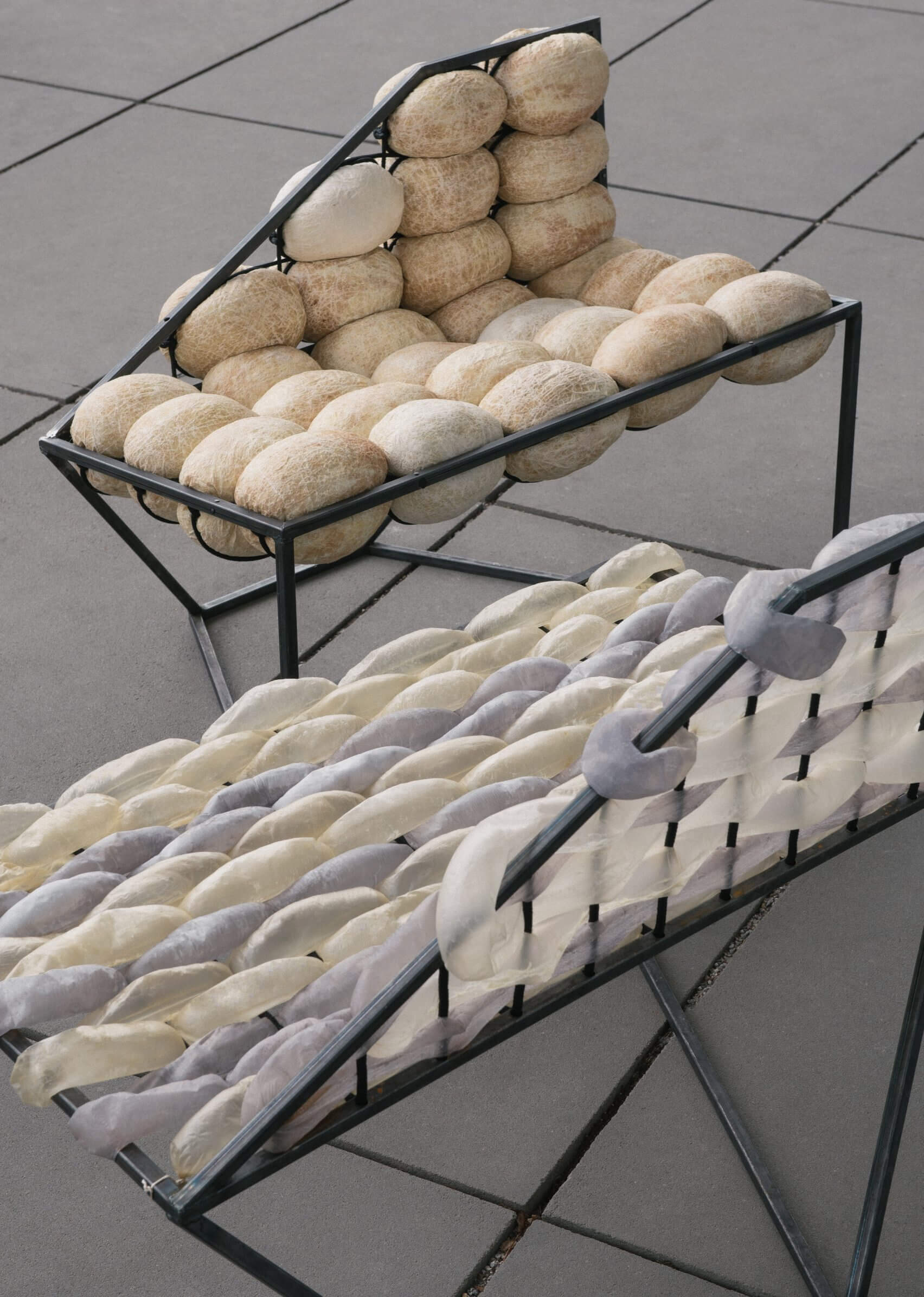 “I decided to design bench seats since this kind of furniture has quite intimate aspects, as one must permit immediate contact between body and object,” Trübenbacher explains.

“Thereby the former repulsive, negatively-connoted appeal of the supposed waste products is being replaced by opposite values. The materials are advancing to become something beautiful, inviting and supple, which people like to explore and be close to,” he added.

What do you think? Is it a good idea to use the materials? Unusual furniture and designs are quite the showpiece nowadays. You never know, this could be the new trend. For now, we’re just happy someone is taking notice of this sort of waste.