We first stumbled across Tjalf Sparnaay’s work when we found (what we thought was) a picture of a fried egg. One of our designers commented that the lighting was well-done, especially for a photograph of an egg. Upon further investigation, we realized that this was in fact not a photograph, but a painting by Sparnaay. We learned that his up-close paintings of food are widely celebrated and considered an important part of the photorealism movement. His hyperrealistic paintings will leave your mouth watering in disbelief. 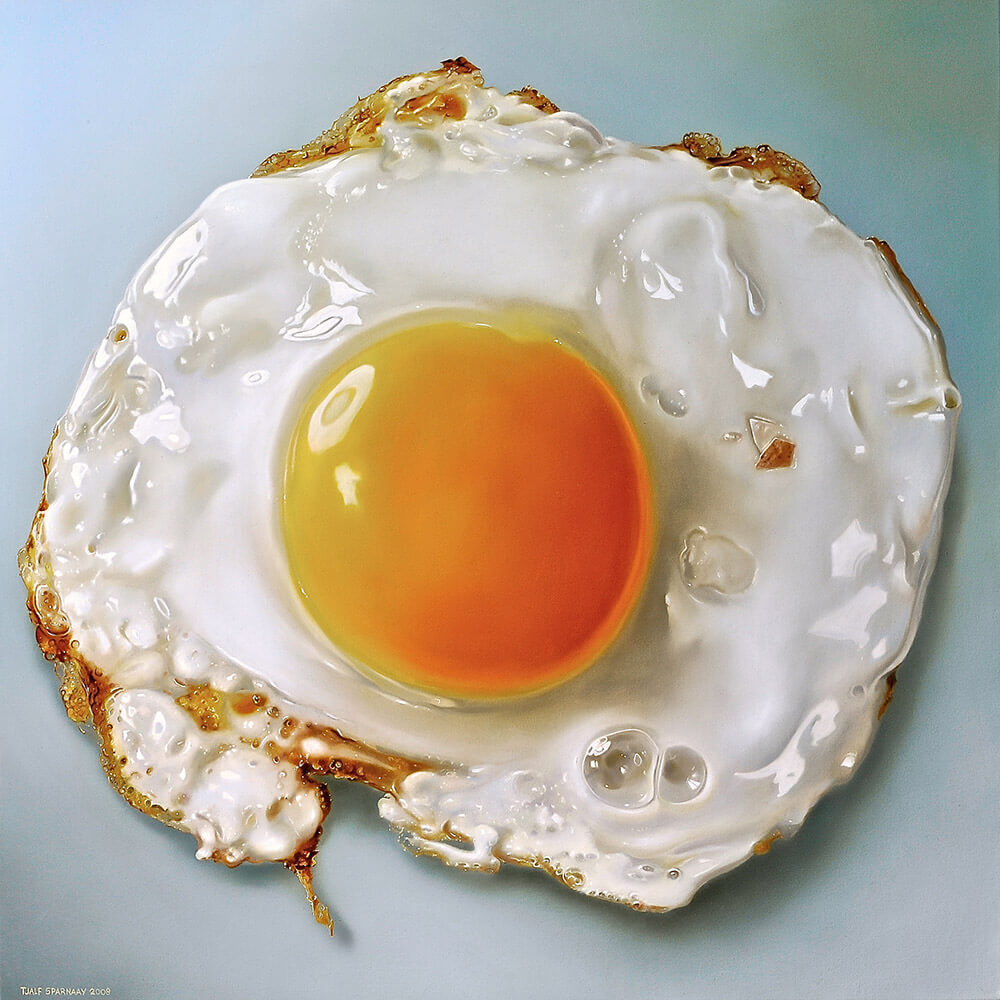 Sparnaay started painting in 1987 and has been perfecting his craft ever since. Born in the Netherlands, he specializes in photographs, illustrations, and paintings. Surprisingly, he has not received any formal training in painting. Sparnaay is inspired by Carel Willink, a Dutch painter who also specialized in realism. Sparnaay learned hyperrealism by practicing and observing other megarealism artists like Ralph Goings and Charles Bell. 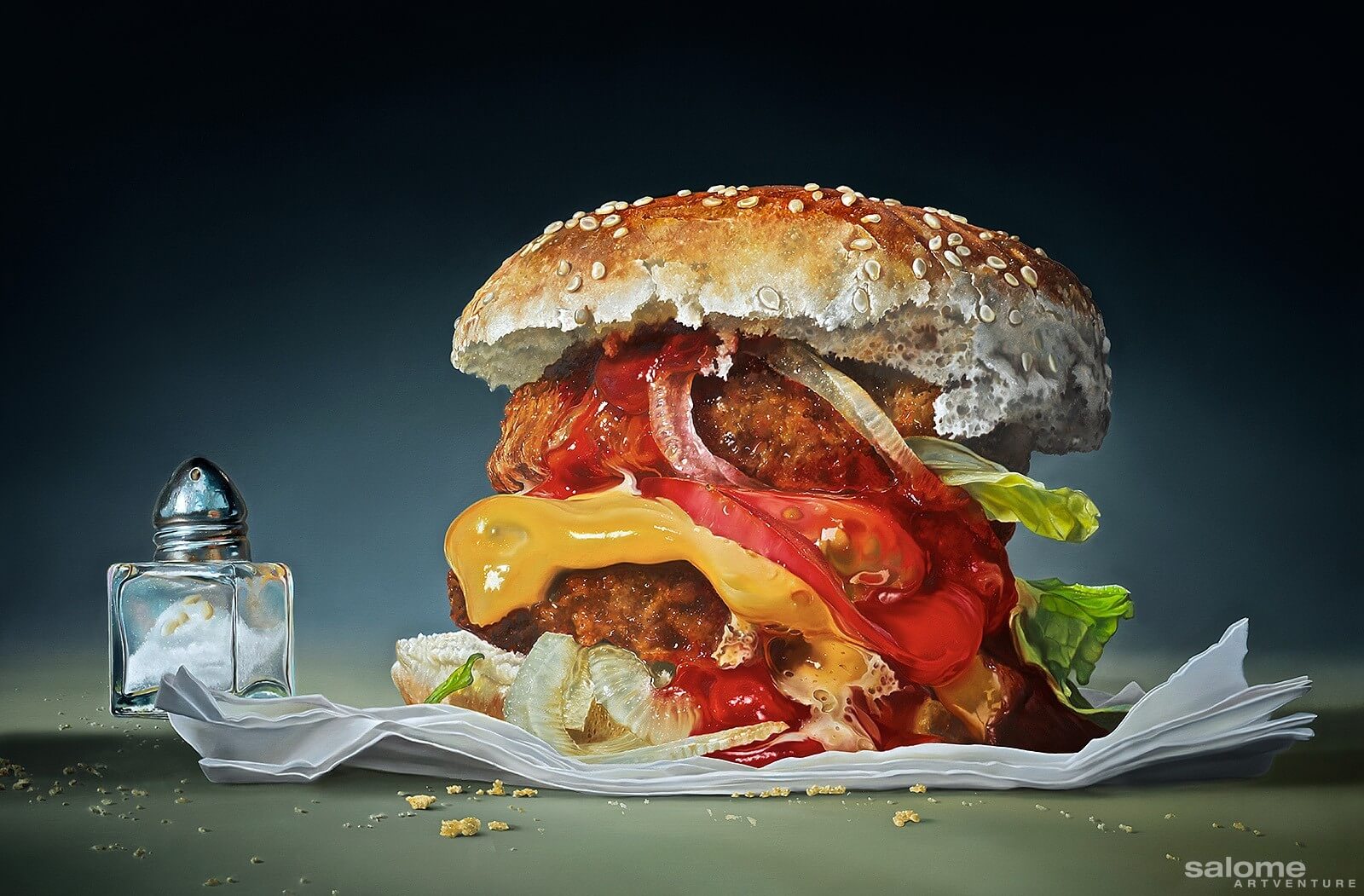 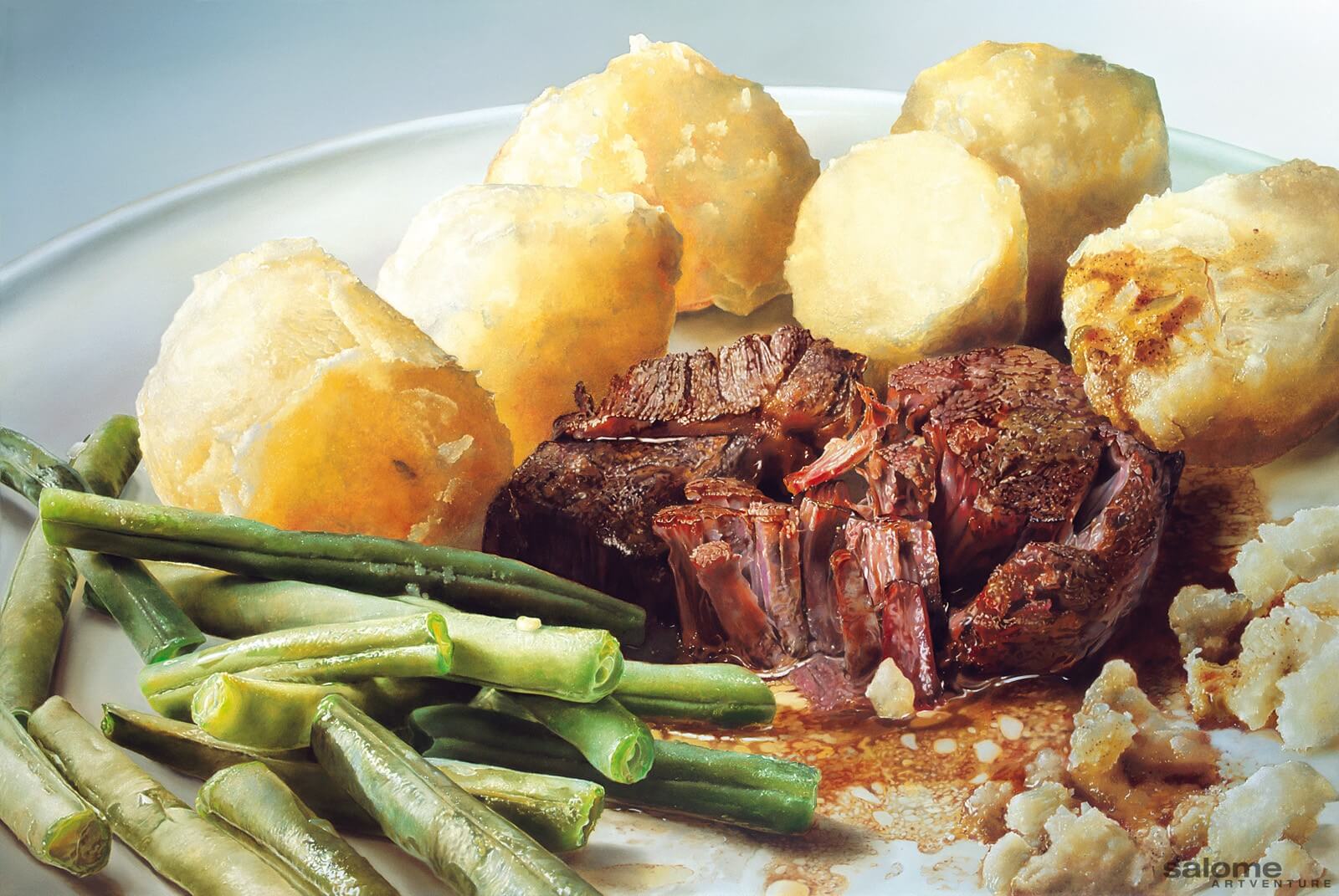 Each painting is appealing because they are realistic, but also because they allow the audience to marvel at the beauty in ordinary objects. Sparnaay inflates food and other objects to appear larger than life. As you marvel at his work, you can’t help but ask “is this a photograph or a painting?” The hypnotizing color and attention to detail have left us breathless. On his website, Sparnaay commented that his “paintings are intended to enable the viewer to experience reality once again, to rediscover the essence of the object that has become so common. I wish to reduce it to the DNA of the universal structure in all its beauty.” 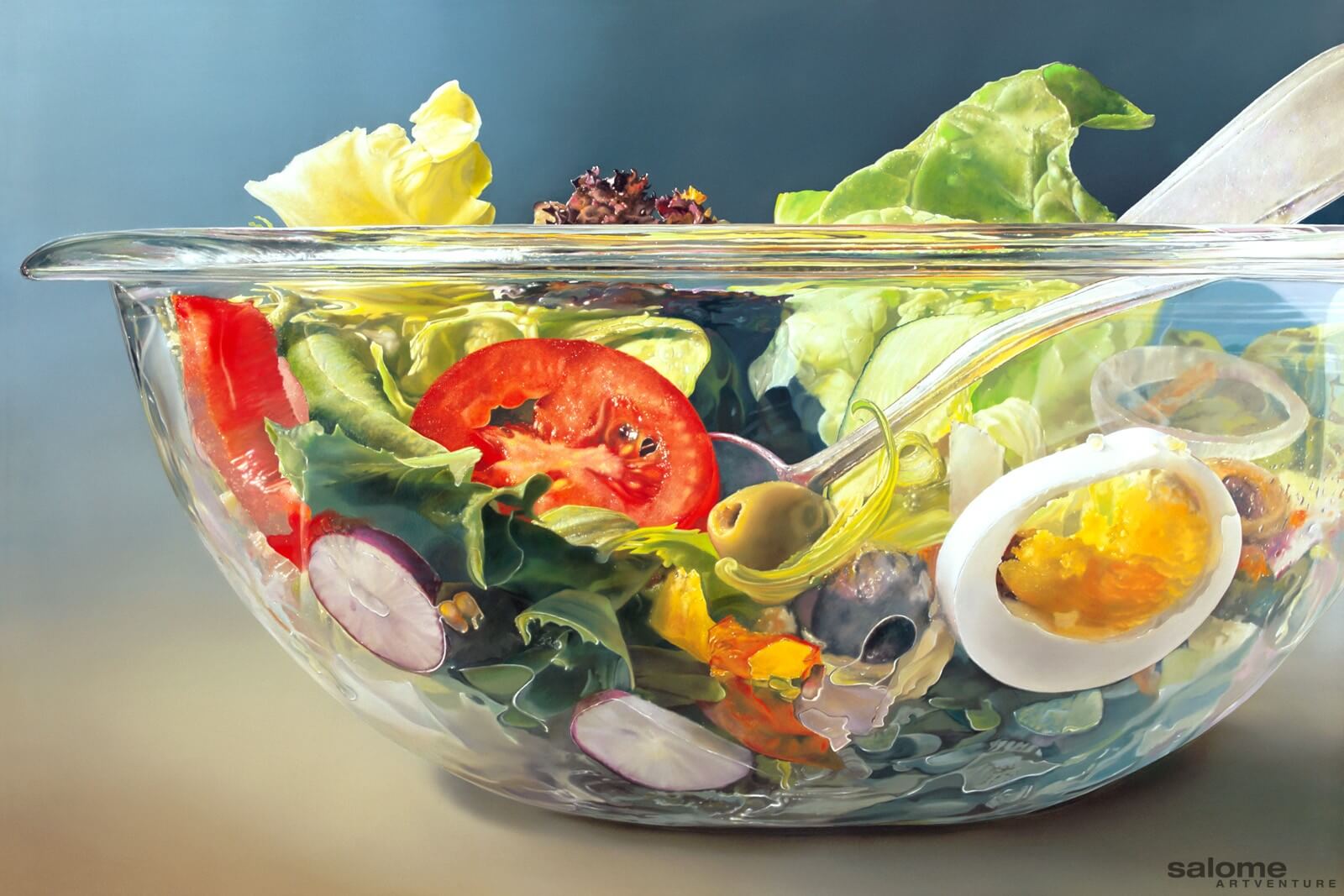 Sparnaay’s work is exhibited across the globe. You can find and buy his original work at the Bernarducci Meisel Gallery in New York, the Mark Peet Visser Gallery in the Netherlands, and the PlusOne Gallery in London. He has had 11 solo exhibitions since he began in 1987. One of his hyperrealism paintings can cost over $55,000. 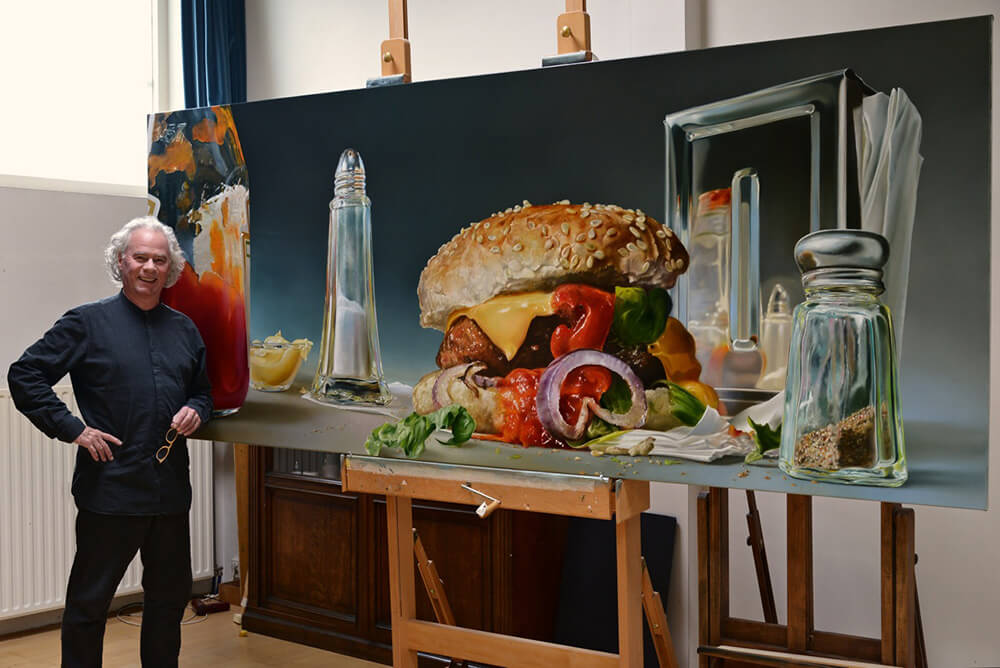 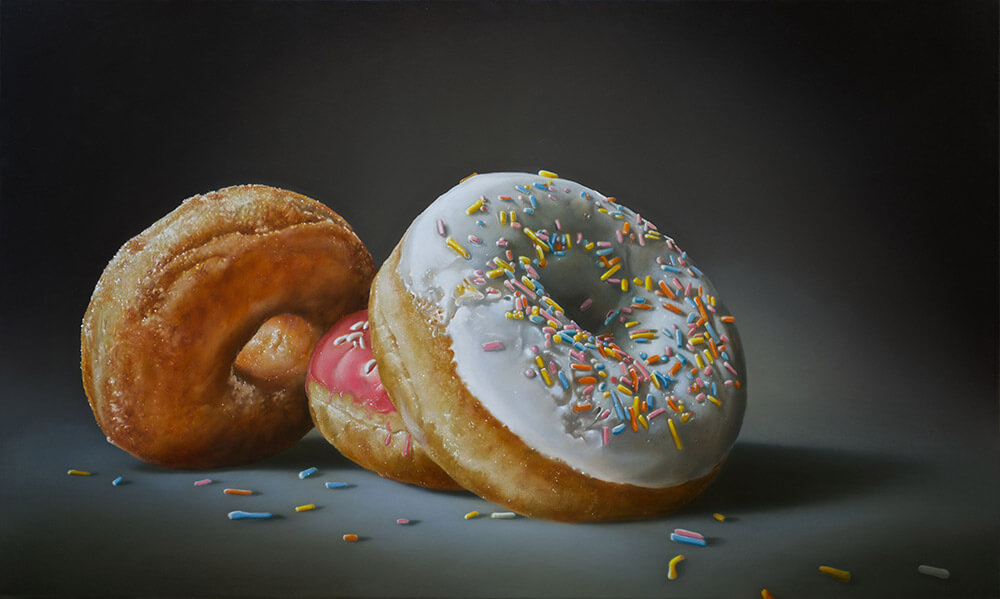 Sparnaay is also known for the inflated and realistic paintings of objects other than food, but we can’t help but obsess over food art. In an interview with China’s Neweekly, Sparnaay commented that he likes painting french fries the best. When asked why he chooses to paint food, he said that food is an “ordinary subject that comes along with my desire to show people their own common world. If any message, I can bring it better in this way. I love to show people light and dark metaphors which can be seen in all my paintings.” 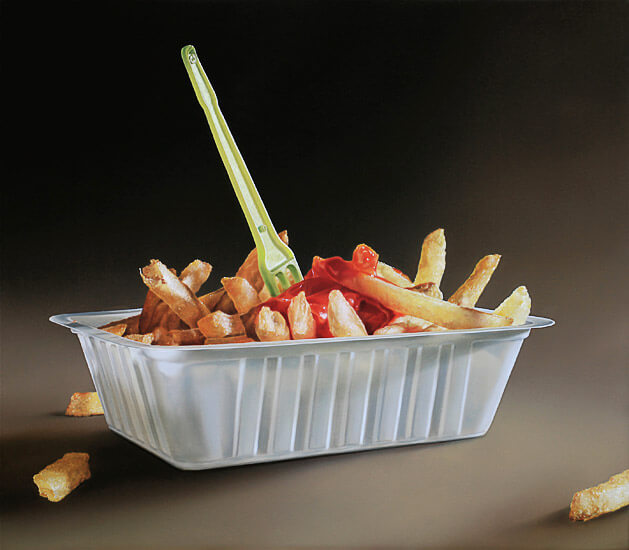 Sparnaay beautiful and mouthwatering paintings are praised by art critics and foodies alike. The gigantic paintings of our favorite indulgences take hyperrealism to a whole new level. Is it time for lunch yet? 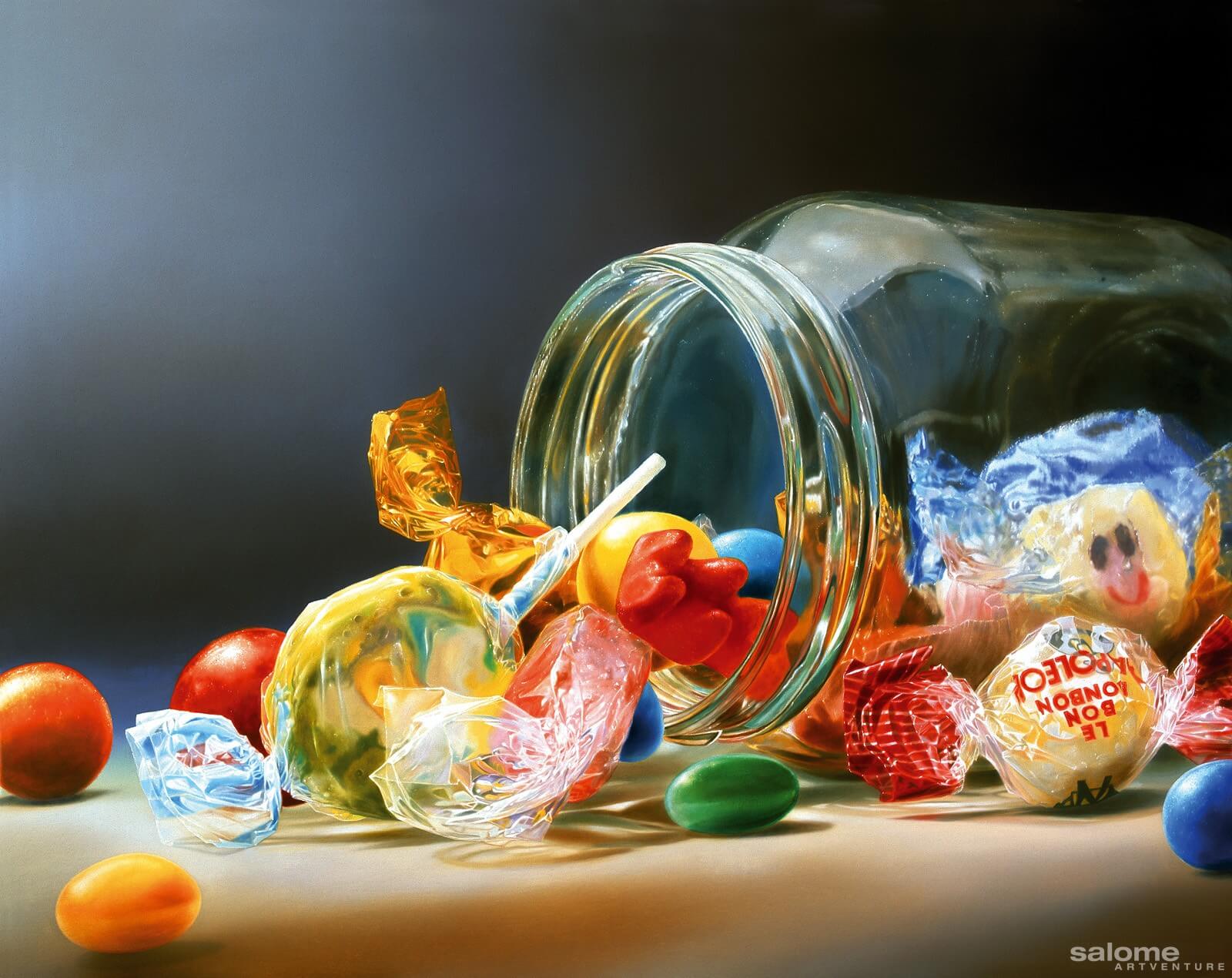 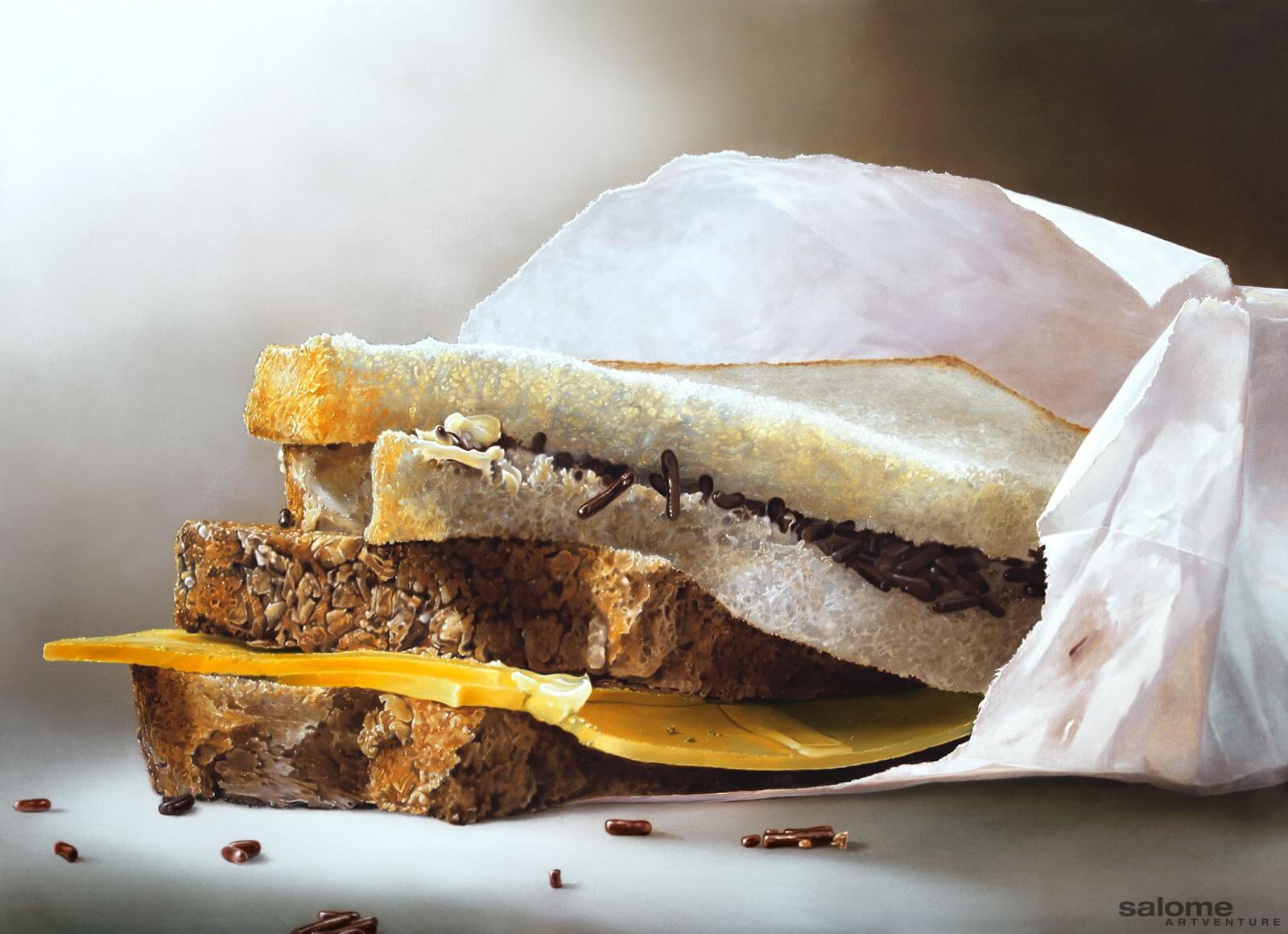